Ingenuity at the Bottom of a Box

Someone in our cooperative was a fan of a series of zines/pamphlets/architectural plans produced by a fellow named Roland Prodaniuk. We found quite a few of these in our dusty archival boxes.

I googled him, and am going to share a pic or two of the zines as well as the hint of a bio I can string together from the wide and unwieldy internet. From what I can gather, he seems to be an amazing and interesting personality living in north Edmonton. I'm going to send a few emails and perhaps find out a bit more, because I'm very curious about his connection to the co-op, as well as his life and history in general. 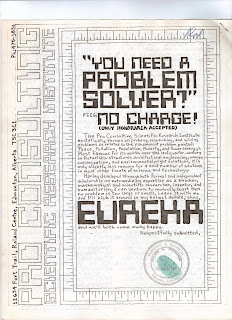 On this website he appears as a character in the stories of an Edmontonion looking into the history of Fort Road. Some memorable excerpts from http://cowbird.com/character/358/stories/ -

There. That's where he'd be, down there in that space. That's what the cops said. And they told us to take note of the water bottles lined up along the window.
One of the cops started going on and on about Roland's habits and rituals but the other cop stopped him, "Don't tell them everything."

We went outside to get one last shot of Roland. He told us a funny story after and I don't think he heard us when we said "we have to get going."
We never had time to get to what the water bottles in the window were for. And we never learned about the history of the road. In fact, by the end of the night, I don't think we knew much more at all about anything. Maybe we'll go back for a visit.
Bye Roland. I hope you're okay with all those peanuts you eat.


Some of the pictures have audio attached, and I would strongly encourage anyone with a moment or two to listen to them. Especially "Shine the Light on It" - in which we hear about Roland's perspectives on business and non-profits.

They want to use Casinos to raise funds. That's just robbing the poor.


On a website named "Elementymology & Elements Multidict," there is a paragraph that reads:

Roland George Prodaniuk, of Edmonton, Canada, suggests that element 120 is the last element. He named the element Rolandium (Ro), "named after its theorist and originator, Rolandium sounds better than Prodaniukium and far better than if shortened to Prodanium. See Element 120 Details. Prodaniuk, who signs his messages to the Yahoo group "synergeo" as Advanced Problematist & Theorist is the owner (and only employee?) of the Pro Consulting Scientific Research Institute.


This institute has it's own website, mostly dealing with ideas about chemistry, the periodic table, and particle physics (from what an uneducated social scientist can gather): http://www.ecn.ab.ca/~prosci/t00/t00.html

On the topic of the social sciences, I love this phrase. "Cease burying utilities. The sole benefit of any thing humankind buried to date that is not a seed for plant growth, or soil nutrient, is the gainful employment of only a few archaeologists and fewer anthropologists, absolutely nothing else, while for posterity the tangible detriments are infinite" (found on the third page of this pamphlet): 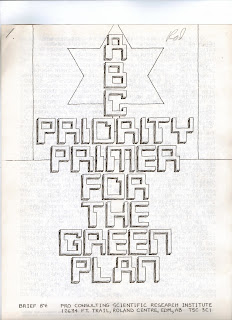 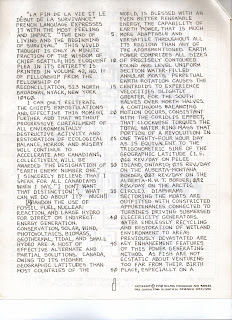 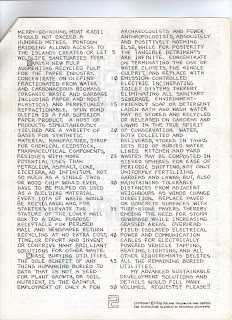 Finally, "If They Can't Afford Houses, Give Them Castles!" 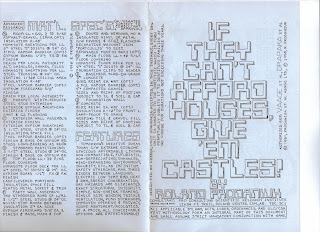 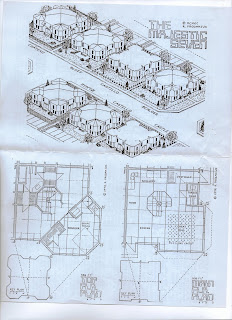 I love people and stories, and will be pursuing this one further.